Lately there has been an explosion of new functionality on social media platforms.  From Facebook to Twitter, social media organizations are deploying new ways to gauge performance, advertise and beef up their sites.  As good stewards of the digital marketing industry, we felt we should share, in a collective post, some of this exciting news.

The new functionality is expected to take place the first half of 2015.  Any business that isn’t using Twitter as an everyday tool in their content marketing funnel should start immediately.

Recently Facebook created functionality, not unlike Twitter, where a user can see what’s currently trending on the social media platform.  Used as part of its search functionality, a business can capitalize on trends and then hashtag their way to relevance.  Anyone wanting to join timely conversations in an easy and simple way can now gauge topics that are relevant.  Please see below image of this functionality. 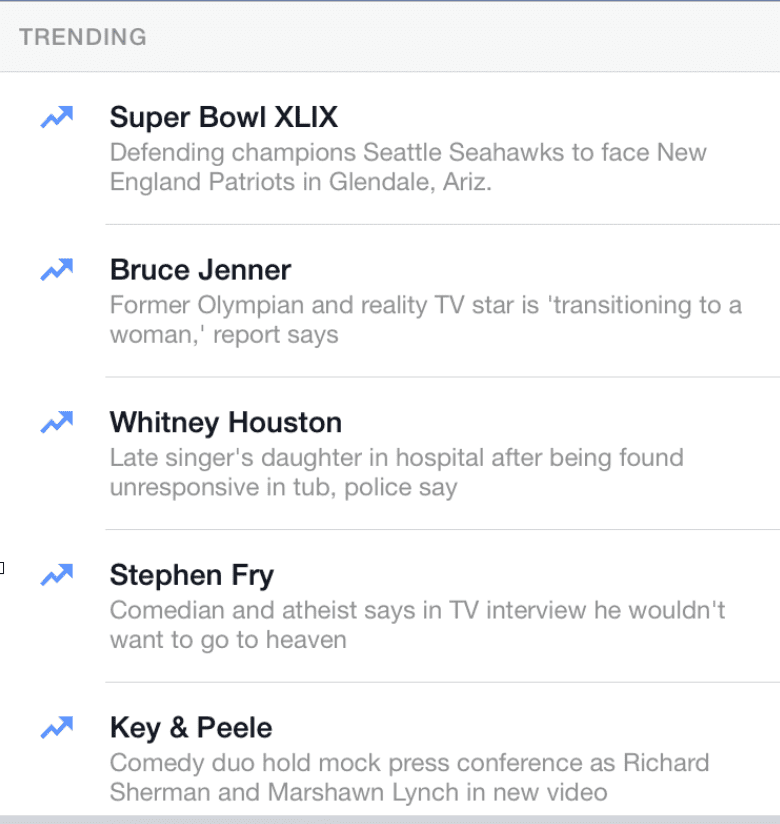 We feel the more analytics the better, and it’s about time Twitter released some sort of analytic tool.  Marketers now have a tool, on Twitter, to uncover insights into how well their content is received, valued and repurposed. Here is an example of what the new metrics look like. Last week Facebook announced a new way for businesses to understand how people respond to ads.  It’s called an ad relevance score and it works like this.  The more responses an ad receives, the better the score Facebook will allot the ad.  Facebook plans to give an ad a daily score based on a 1-10 rating scale, with ten being the most relevant.  Facebook touts that the social media advertisements receiving the highest scores over time will pay less to get in front of their target market.  Yes, after everyone has complained about the rising cost of Facebook ads, there is now a way to get those rising advertising dollars lowered.  There is one stipulation to take advantage of this new functionality.  Ads have to be served over 500 times to qualify for relevancy.  This shouldn’t be a problem for any business serious about advertising on Facebook.  Here is an example of what the relevancy tool for ads will look like. 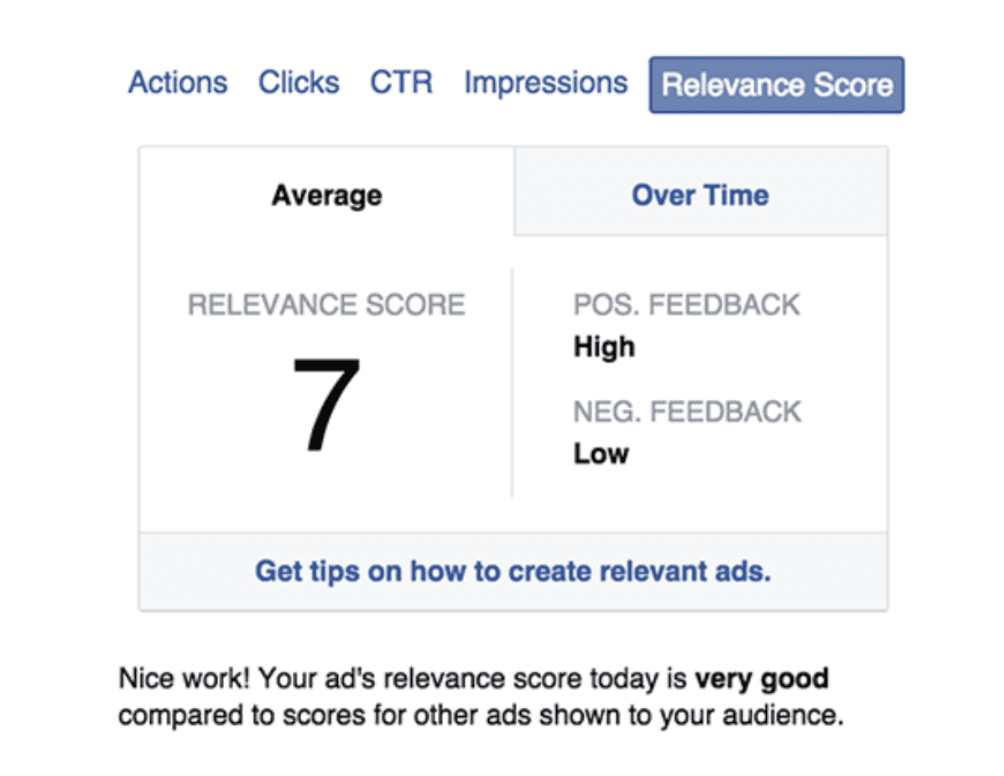 We love new technology and love to share it even more.  Have you heard of new social media functionality that we didn’t talk about and you would like to share?  Let us know in our comments area below!

We’re all about putting up big numbers for your business.
Contact Us